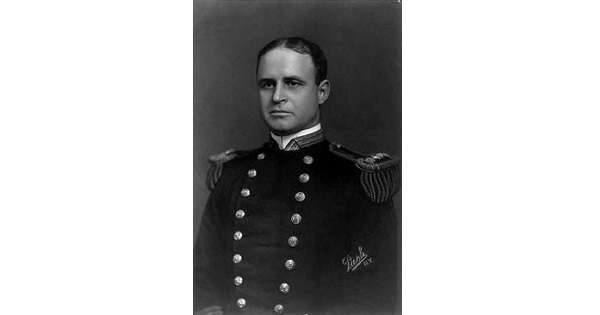 Admiral Mark Lambert ‎Bristol‬ (1868-1939) was named Commander of an American naval fleet that was sent to Turkey in January 1919.  He was also appointed America's High Commissioner thus making him the US's most influential representative to Turkey both militarily and diplomatically during the ‎Kemalist‬ phase of the Greek Genocide‬. Bristol considered America's business interests more important than the atrocities the Kemalists were committing at the time. His war diaries are filled with conversations he had with businessmen of all kinds including people from the ‪‎Standard Oil Company‬, shipping agents, merchants and others seeking business opportunities in Turkey.1  He concluded early on that the Nationalists provided the best opportunity for commerce between America and Turkey to prosper.

Bristol had the final say on where American journalists were allowed to travel within Anatolia and therefore censored reports before they were even written. He chose to ignore reports of Greek women and children being deported to the interior and sent home the Commanders of destroyers if they expressed derogatory opinions of the Turks.2 He chose two journalists to report for him on events in Turkey and gave them strict instructions not to report freely, but instead to protect American interests. When Mustafa Kemal's regular army entered the city of Smyrna and began committing atrocities on its predominantly Greek and Armenian citizens, one of his journalists, John Clayton, in a report that was published in the Daily Telegraph wrote:

The discipline and order of the Turkish troops have been excellent.3

Following the Smyrna Holocaust and after witnessing the scale of the disaster close up, Clayton eventually decided he could no longer write the sort of material Bristol expected of him. Clayton eventually told the truth. In describing the events at Smyrna he wrote:

The loss of life is impossible to compute. The streets are littered with dead.. Except for the squalid Turkish quarter, Smyrna has ceased to exist. .. the problem of the minorities is here solved for all time.... No doubt remains as to the origin of the fire... the torch was applied by Turkish regular soldiers.4

American missionaries criticized Bristol for his disinterest in the treatment of Christian minorities. Senator William King of Utah introduced a resolution asking for an investigation into Bristol's pro-Turkish attitude.5 In an interview for the ‪New York Times‬ in 1922, the former Persian Consul General at Constantinople said that Bristol once told him:

.. we have had abundant proof for nearly two years that he is suspicious, anti-British, stupid and at times malignant.7

During the deportation of Greek men, women and children of Samsun, Commander Victor Stuart Houston of Brooks which was stationed at Samsun at the time, risked his career by alerting the American Embassy of the impending massacre. Houston carried a message to Constantinople urgently asking to speak to Admiral Bristol, but was not allowed to speak to him.8 American destroyers were in the Smyrna harbor at the time of the Smyrna Holocaust but were on strict instructions from Bristol not to intervene.