Ortakoy, Bithynia: The Massacres and the Uprooting 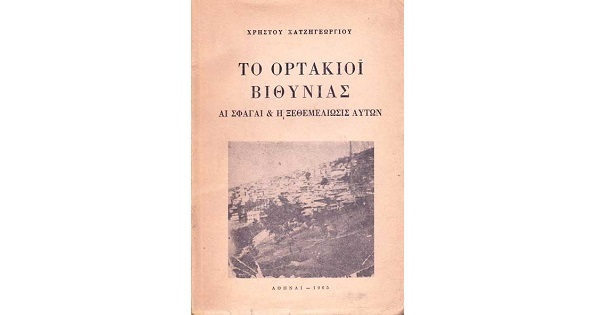 Ortaköy was a large town situated in the Bithynia region of Asia Minor approximately 10km north east of Geyve and 120km south east of Constantinople (Istanbul). Of its 10,000 residents, approximately 5,000 were Greeks and it comprised a large Armenian community. The persecution of the Greeks of Ortaköy began in March 1920 when a large portion of the Greek community was massacred by Kemalist forces. Christos Hatzigeorgiou survived the massacre and provides a detailed account of what happened in this book.

I remained hidden as I saw them taking all the women to the side of the lake and made them sit together. I then saw them taking 2 women at a time and proceeded to slaughter them like lambs. At one stage I saw my mother for the last time holding my sister while 2 Turks were beating them as they were taken away. It was at this stage that I totally lost my senses and began trembling like a fish. After slaughtering them, they threw them into the lake. One girl who was 16 years of age, a very nice girl by the name of Kyriaki Mela, they cut her head from her body and she walked around making a growling noise for minutes before she fell inside the lake with the others.