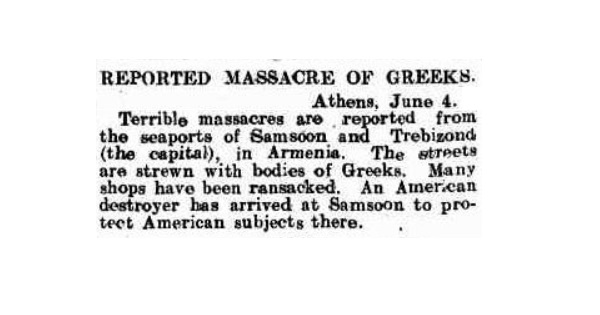 Athens, June 4.
Terrible massacres are reported  from
the seaports of Samsoun and Trebizond
(the  capital)   in  Armenia.   The   streets
are strewn with bodies of Greeks.  Many
shops have been ransacked. An American
destroyer has arrived at Samsoun to pro-
tect American subjects there.