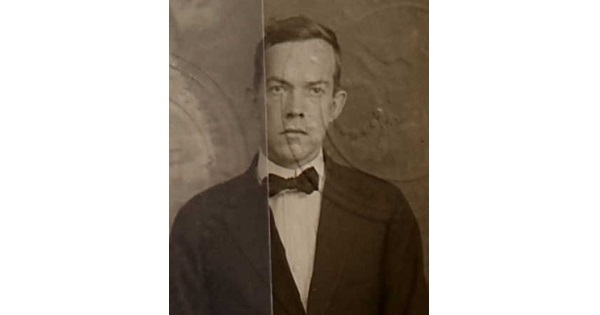 Charles Dexter Morris (1883-1954) was a news editor for the Near East Relief from 1921-1924. He has been credited for taking some of the most recognizable photos depicting the final phase of the Greek Genocide. He was born in Eldred, Pennsylvania and received his early education in Olean, N.Y. He graduated with a B.A at Yale University in 1906 and later took courses in journalism at Columbia University. In 1909 he became city editor of the Associated Press news agency in New York and during the First World War (1914-1918) he was a member of the Associated Press staff in London. For the next three years he was in charge of the news and publicity service of the American Red Cross in London and Paris.

He arrived in Constantinople on Jan 27, 1922 and was the news editor of the Near East Relief Commission in Turkey, Greece and nearby areas up until 1924 when he returned to New York to join the staff of the International New Service. He also wrote articles for The New York Times magazine section, the Saturday Evening Post and other magazines. In 1923, he was awarded the Cross of Saint Xavier by King George of Greece for his work in that country as news director and of the Near East Relief Commission.1 In 1920, he was awarded the order of the third class by King Nicholas of Montenegro for his work in the Red Cross.2

Some of his photos 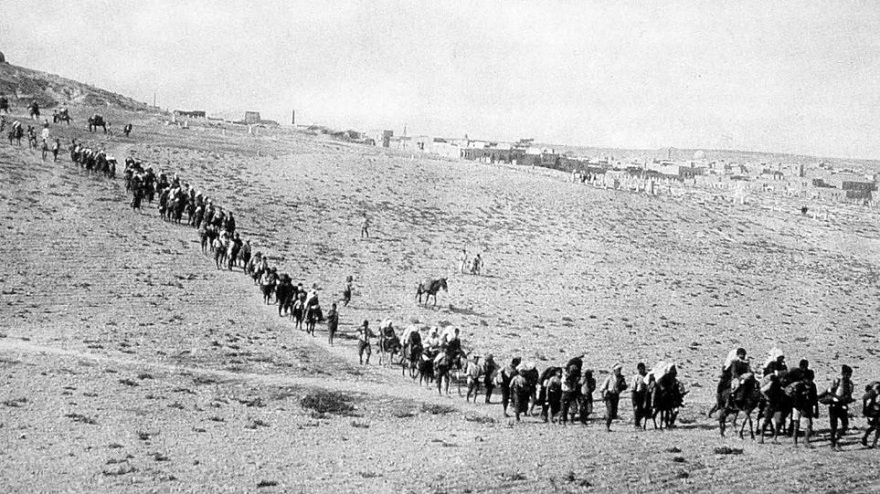 A Section of the Trekking train of 5,000 Christians who made their Tragic way from Kharput to the Sea.
Although Kharput, in central Asia Minor, is only 160 miles by air line from Trebiuzond, on the Black Sea, these unhappy refugees were
forced to pursue a circuitous route which stretched to 500 miles. Source: The National Geographic Magazine, Nov 1925, p. 537 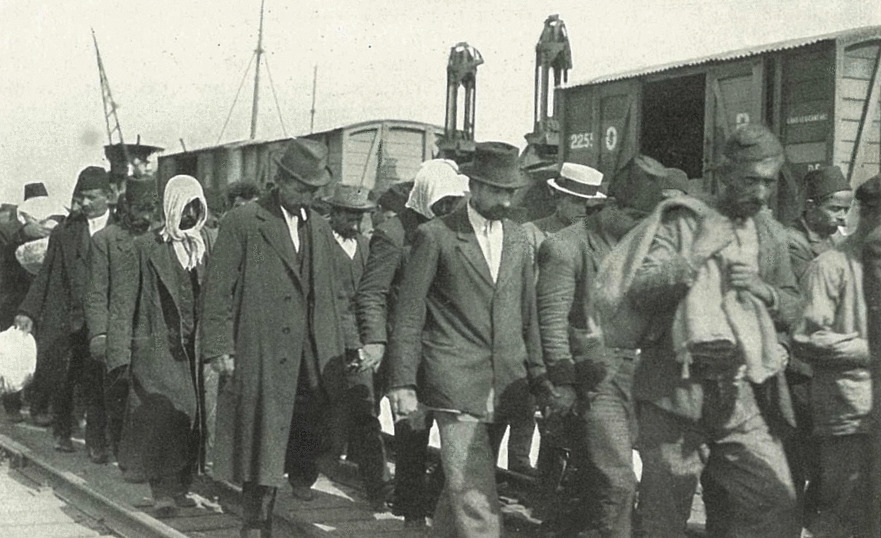 Men of military age torn away from their wives and children and led away in groups for deportation to the interior. The National Geographic Magazine, Nov 1925, p. 562. 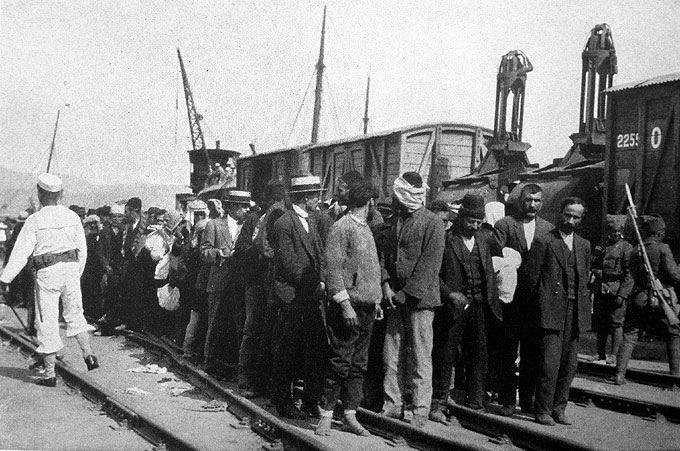 Weeding out Men for Deportation: Smyrna. After the fire these unfortunates, being between the age limits of 17 and 45 years, were not permitted to leave Smyrna with their families, but were sent back to the interior of Anatolia.  Source: The National Geographic Magazine, Nov 1925, p. 562. 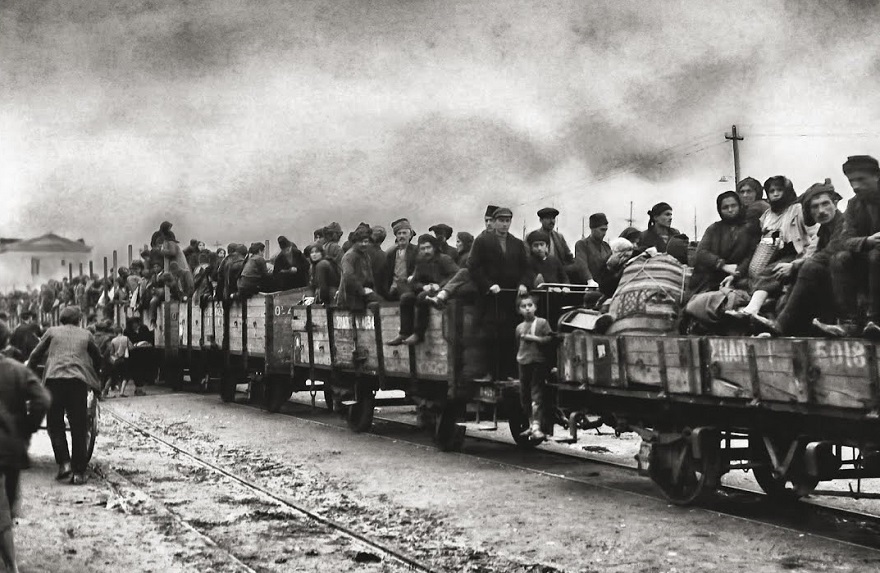 Samsun Refugees at Patras, Greece, starting for the Interior. Many of these Asia Minor refugees from the Black Sea port have found work among the currant vineyards and olive groves of the Peloponnesus, of which Patras, fourth city of Greece, is the chief seaport. Source: The National Geographic Magazine, Nov 1925, p. 568. 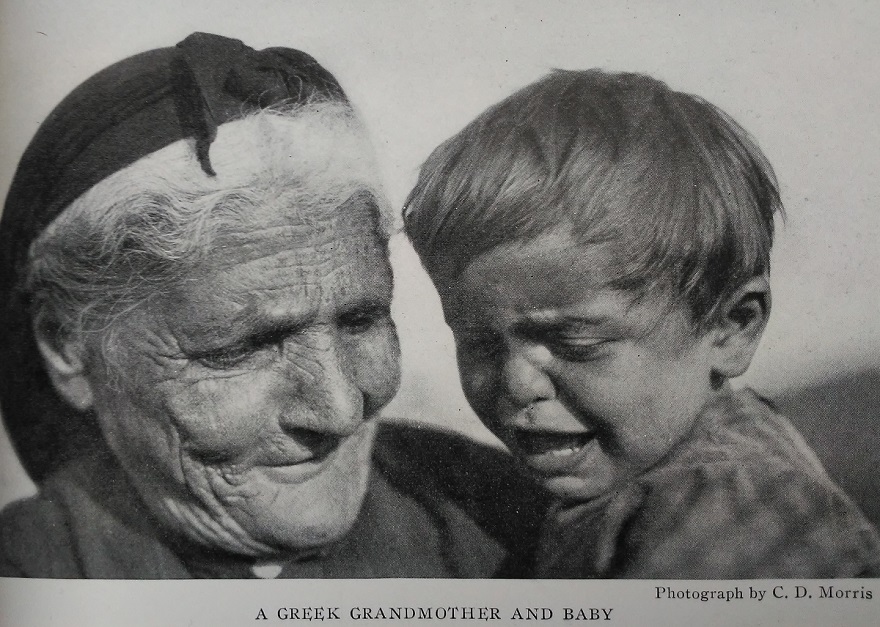 A Greek Grandmother and Baby. A familiar sight among the transferred peoples was that of the old grandmother looking after the babies, the parents having died either in the Smyrna fire or from hardships connected with the long trip through Asia Minor.  Source: The National Geographic Magazine, Nov 1925, p. 567.