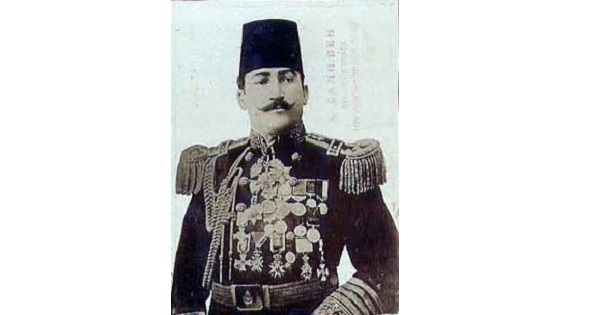 Ali Sami was born in 1872. He enrolled in the Ottoman Naval College in 1890 and two years later graduated as an engineer sub-lieutenant. He then went on to become the Imperial photographer for Sultan Abdul Hamid II. Following the Young Turk Revolution of 1908, supporters of the Sultan were purged and in 1909 the Sultan was exiled to Thessaloniki. Ali Sami arrived in Thessaloniki, Greece in 1909 and published the newspaper Hak (Right, as in rightful) while in 1916 he published the French newspaper Le droit (The Law). He was nicknamed Bahriyeli (sailor).

During Greece's Asia Minor campaign he served in the Hellenic Army where he performed confidential staff duties and was the leader of an anti-Kemalist resistance group. He also published the anti-Kemalist newspaper Adalet (Justice). Following the Greco-Turkish war, he was made an enemy of Mustafa Kemal and the state of Turkey and placed on ‘The List of 150 Personae non Gratae of Turkey’. When he returned to Greece after the war, he published another newspaper and continued his love of photography. He opened a photography studio and at one stage moved to Mount Athos for two years (1925-1927) to photograph monasteries. As editor of Adelet, Ali Sami wrote: