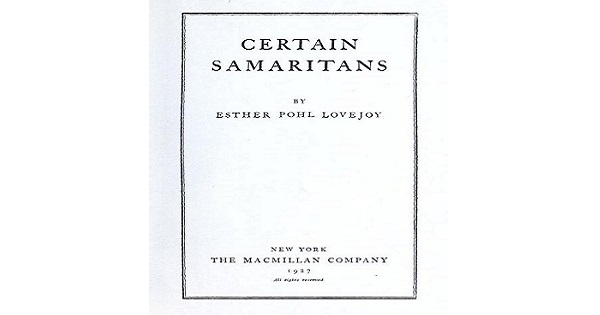 Esther Pohl Lovejoy was a physician and founding director of the American Women's Hospitals Service which provided humanitarian and medical relief to the survivors of the Greek Genocide. She arrived at Smyrna while the city was still smouldering from the fire that had been lit on September 13, 1922 and which destroyed two thirds of the city. This work includes her testimony of the events at Smyrna.

In spite of our experience in Erivan in 1920, and at Ismid in 1921, we reckoned with the Turk. We should have known better. The deportations and massacres of the Christian population of Turkey had been going on for years. The Turks had manifestly adopted a radical plan for setting the vexed question of the Christian minorities, by getting rid of these minorities during the confusion of the World War, with its aftermath of lesser wars, and oiling the troubled waters later if necessary.