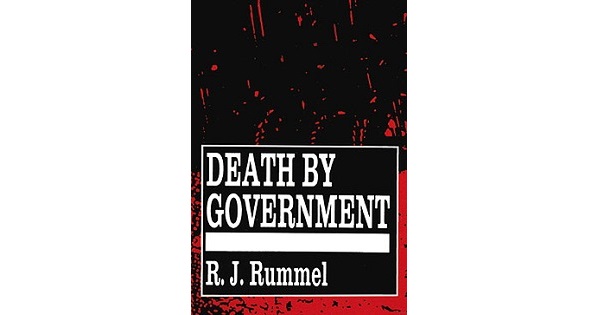 R. J. Rummel was professor emeritus of political science at the University of Hawaii. He is the author of over one hundred scholarly articles and two dozen books, including Power Kills, China’s Bloody Century, and The Miracle that is Freedom.  In addition, he has been nominated for the Nobel Peace Prize and is a recipient of the Lifetime Achievement Award from the Conflict Processes Section of the American Political Science Association and the International Association of Genocide Scholars’ Award for Distinguished Lifetime Contribution to the Field of Genocide and Democide Studies and Prevention.

Through this genocide and the forced deportation of the Greeks, the nationalists completed the Young Turk’s program – the Turkification of Turkey and the elimination of a pretext for Great Power meddling. The Young Turks’ policies were also those of the nationalists, although carried out with less bloodshed and greater cleverness. Through war, genocide, deportation, and the flight of refugees, both regimes reduced Turkey’s 1914 population from around 20,000,000 to 13,660,000 in 1927, as counted by Turkey’s first full census.- R.J. Rummel, p. 235.