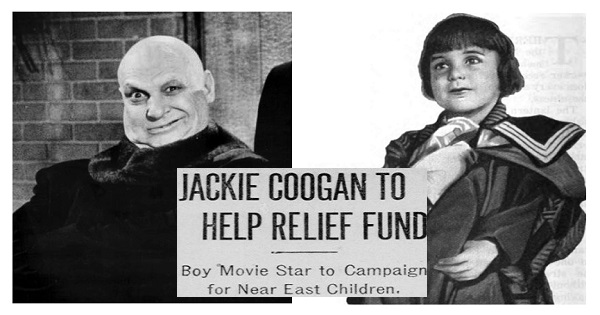 Jackie Coogan (1914-1984) was an American actor best known for his role as Uncle Fester in the 1960's US television series The Addams Family. But what most people don't know, is that at a young age, Coogan became personally involved with the collection of vital supplies for humanitarian relief including relief for the survivors of the Ottoman-era genocide on behalf of the Near East Relief.

In 1921, at the age of 6, Coogan became one of the first child stars after playing alongside Charlie Chaplin in the 1921 silent comedy The Kid. In that same year, he appeared in the July issue of The New Near East magazine (pictured above, right) where he was seen holding a bundle of clothing. The article describes how Coogan showed concern for the "...million and half people in the Caucasus [who] have no clothes for next winter." He went on to influence many throughout the US to donate to the orphans who were suffering as a result of the genocide. In 1922, the Mark Strand Theater in Brooklyn, NY screened the silent comedy drama Trouble starring Jackie Coogan. The price of admission was a bundle of clothing and 3,500 bundles were raised for the Near East Relief. 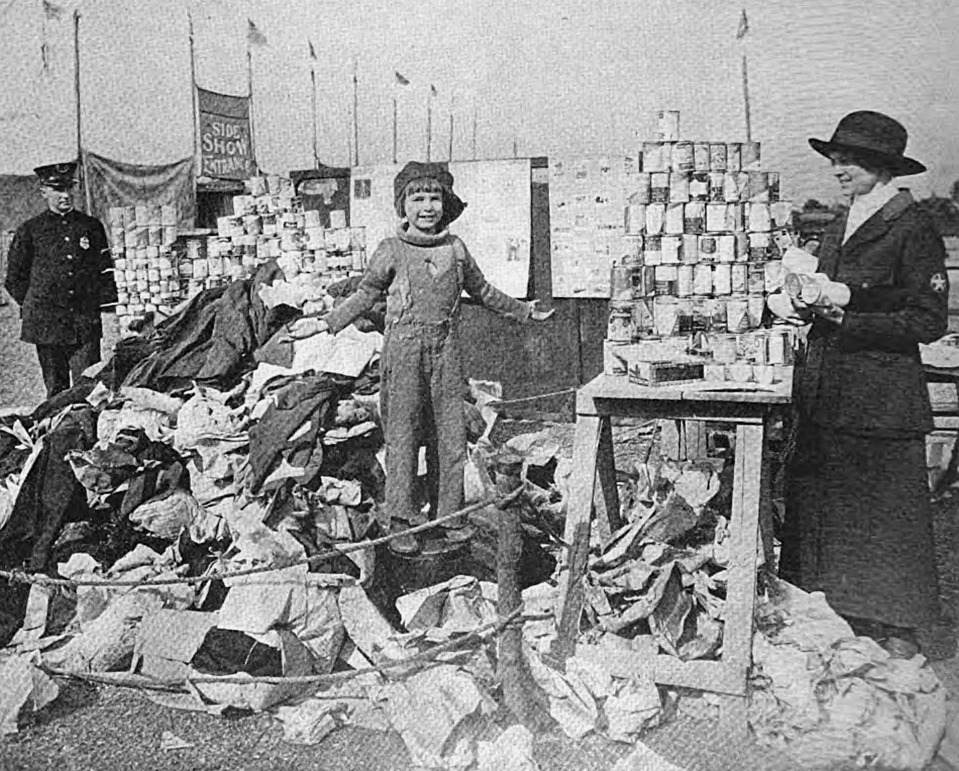 In 1923, Coogan organized his own circus production which was held in Hollywood, California to collect food and clothing for the refugee children in the Near East. The price of admission was a bundle of clothing or shoes or two pint cans of condensed milk. Jackie's circus was attended by 7,500 people and he raised $3,500 worth of donations. Attendees were entertained by bare back riders, acrobats, side shows, a band, clowns, camels and lions. 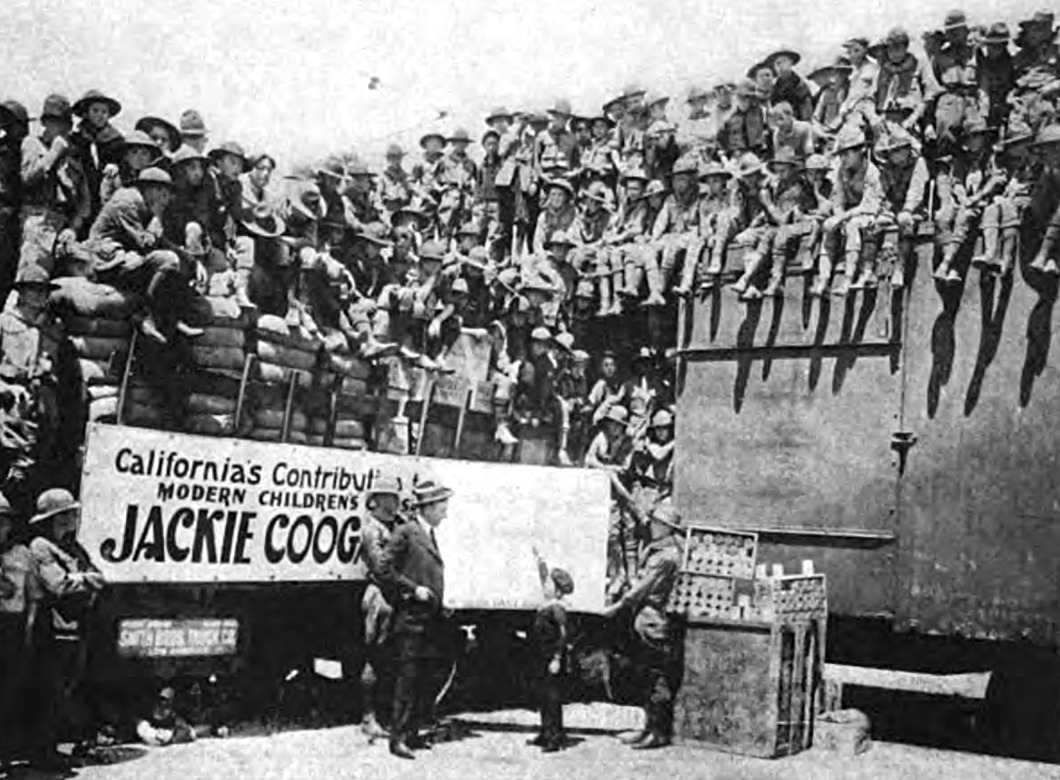 Jackie Coogan, leader of the modern "Children's Crusade" explains to George E. Cryer, mayor of Los Angeles, the places in the Near East he will visit in the distribution of food and clothing before an audience of Boy Scouts who helped in the nationwide collection campaign. Source: Story of Near East Relief (1915-1930) an interpretation by James L. Barton. N.Y 1930.

By 1924, Coogan was touring the US where he was received with an ovation in towns he visited. His campaign was often dubbed the Children's Crusade. With the help of the Boy Scouts of America, cans of milk were collected, packed and delivered to train stations throughout the US. Coogan's milk train made its way to train stations where he was greeted by the Boy Scouts. He raised millions of dollars (in today's terms) of relief material which he personally delivered in Athens, not before stopping off in Rome where he received the blessing of the reigning Pontiff, Pius XI. Coogan was decorated by the Hellenic Government with the Silver Cross of the Order of St. George, given in recognition of his humanitarian work. 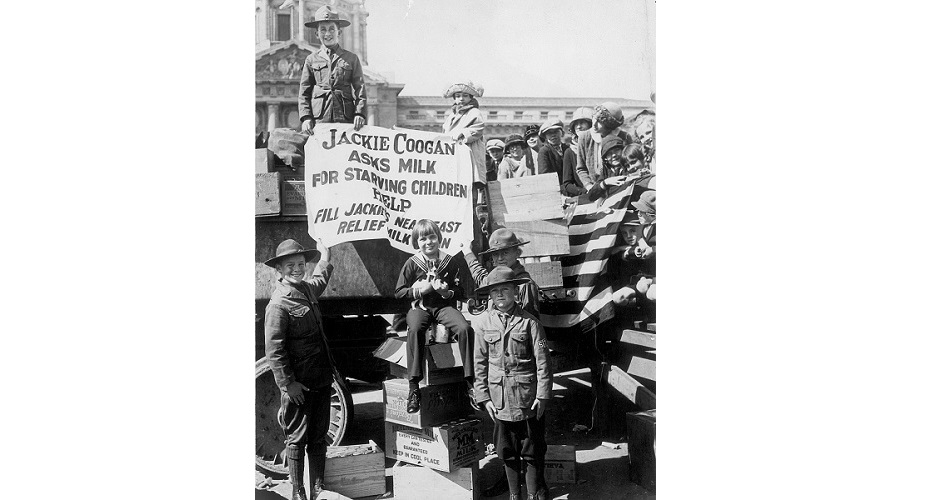 Boy Scouts and child actor Jackie Coogan helping to fill a "million-dollar milk ship" for the Near East Relief. c. 1924. 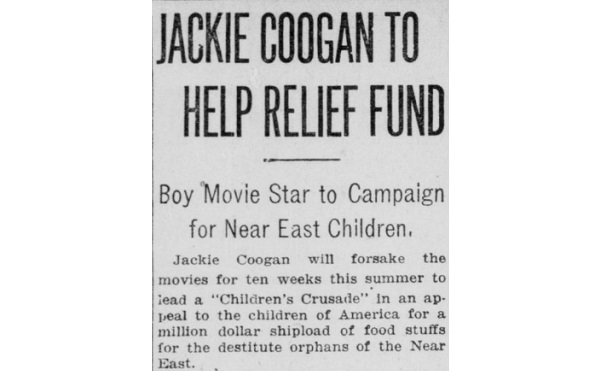