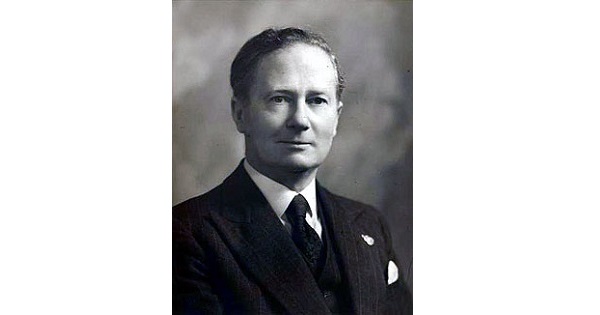 Sir Thomas Walter White KBE, DFC was born in Hotham in Victoria, Australia in 1888. In 1914 he began training as an officer in the Australian Flying Corps at Point Cook and the following year was appointed captain in the Australian Imperial Force. His unit was sent to India on the 20th of April 1915 to assist with the Indian army's campaign in Mesopotamia.  On the 13th of November 1915, White was captured while attempting to cut telegraph wires and was taken prisoner of war. He was sent to Baghdad where he spent three weeks in hospital including a week's solitary confinement. He was then sent to Mosul for two and a half months and finally taken to the concentration camp at Afion Karahissar in Turkey, the main war camp for Australian prisoners of war. White was inprisoned there for two years and three months. 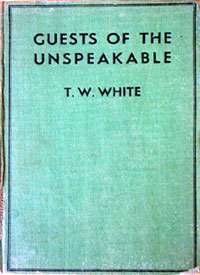 On the 6th of July 1918, White was sent to Constantinople for a health matter. Just after his discharge, White made a daring escape from his Turkish guards. He boarded a Ukrainian steamer the 'Batoum' to Odessa, by bribing Russians, and arrived in Odessa on the 6th of October 1918. He made his way to London via Varna (Bulgaria) and Salonica (Greece) and subsequently made his way back to Australia via America aboard the SS Ventura. White kept notes during his capture and stored them in the sole of his shoe. When he returned to Australia, he published his memoirs in a book titled Guests of the Unspeakable. Throughout the book, White makes mention of the plight of the Armenians who were massacred by the Turks during the First World War. The brutal treatment of Allied prisoners of war by the Turks is also mentioned. During his escape in Constantinople, White was hidden by a Greek family who provided him with a fez and a coat so that he could leave in disguise. White's epic escape was somewhat in vain as only months after his arrival in Ukraine, peace was declared in the war. In the final passage in his book, he wrote:

Our thousand mile journey and months of thrills seemed now with the turn of events to have been almost in vain. But it was some small satisfaction to know that we had outwitted the wily Turk and had not remained honoured guests to the end.

On page 83-84 White makes mention of the prisoners' brutal treatment by the Turks during their deportation:

Thirty-five donkeys were provided, twenty of which were at once appropriated by the bashi-bazouks. Throughout the march, to humiliate the British, the sergeant-in-charge made them march behind the Mohammedans of the party, and on arrival at a halting place would give orders for shelter to be found for the Mohammedan Indians only. At one stage of the journey forty prisoners were confined in a room measuring ten feet by ten feet, and in the vitiated atmosphere of this Black Hole three men died. Twelve men, of whom three were British, died during the march, the last death-that of the sepoy we had seen tied to the donkey, being discovered at Mosul Bridge.

The heavy mortality among prisoners-of-war in Turkey is not generally known, and the reputation that the Turk earned on Gallipoli as a stubborn foe and clean fighter, biased the British public in his favour.  Disclosures subsequent to the war, however, and the fact that so few of the Turk’s prisoners survived their captivity, caused a change in public opinion. Turkey was a closed book to all but the secret service for the greater part of the war, for the Turk did not commence to exchange prisoners until 1918, and no first hand evidence of his treatment was obtained until a few months before the armistice.

All information that came from Turkey during the war was carefully censored, and the cunning Turk established a parole camp at Gedos at the latter end of 1917, where officers who gave their word that they would not escape were well treated. The correspondence of these officers to their relatives was a useful asset to Turkey’s good name, for letters regarding good treatment were assured of reaching their destination. Finding their way to the newspapers, a false impression was created, the public naturally imagining that the preferential treatment given to parole givers was enjoyed in all Turkish prison camps.

Even the Ottoman Red Crescent seemed imbued with the national trait of untruthfulness. Inquiries regarding prisoners were either ignored or evaded. Our Red Cross was answered with general statements such as that all prisoners were being well treated or that money rather than food was more helpful to prisoners, which of course, was untrue and allowed the Turk to profit by exchange. No authentic figures are available, I believe, but from a careful study of records and knowledge of events, it may be safely assumed that of the fourteen thousand odd British and Indian prisoners captured by the Turks, not more than three thousand survived captivity.

During White's march through south-eastern Turkey, he and his fellow prisoners of war arrived at a town called Tel Armen which was mainly inhabited by Armenians.  White recounted:

A battalion of Turkish troups was billeted in the battered houses and only a few women and children of the Christian population remained, the male Armenians being conspicuously absent. There were many dead cattle and horses in the streets and the ruined houses appeared to have been heavily bombarded. While our horses were being watered we stamped about for warmth, and climbing to a little rise found thirty-six newly-made graves which spoke eloquently of what had become of the Armenian men. A little girl who had been watching us from a side street crossed herself and looked pleadingly towards us. It was not in our power to help, though we were horrified at the Turks' handiwork, learning later that these massacres had been simultaneous and to order throughout the entire country.

White's memoir is not only a testament to his courage and bravery but also gives an insight into the character of the Turk during the war and the genocidal treatment of non-Turkish Ottoman citizens at the time.

Further Reading:
Experiences of a Prisoner of War in Turkey: the Captain White story
The Treatment of Greek Prisoners in Turkey: Report of the International Commission of Inquiry appointed at the request of the Greek Red Cross.
Doukas, Stratis. A Prisoner of War’s Story.
Venezis, Elias. To Noumero 31328: To Biblio tis Sklavias.