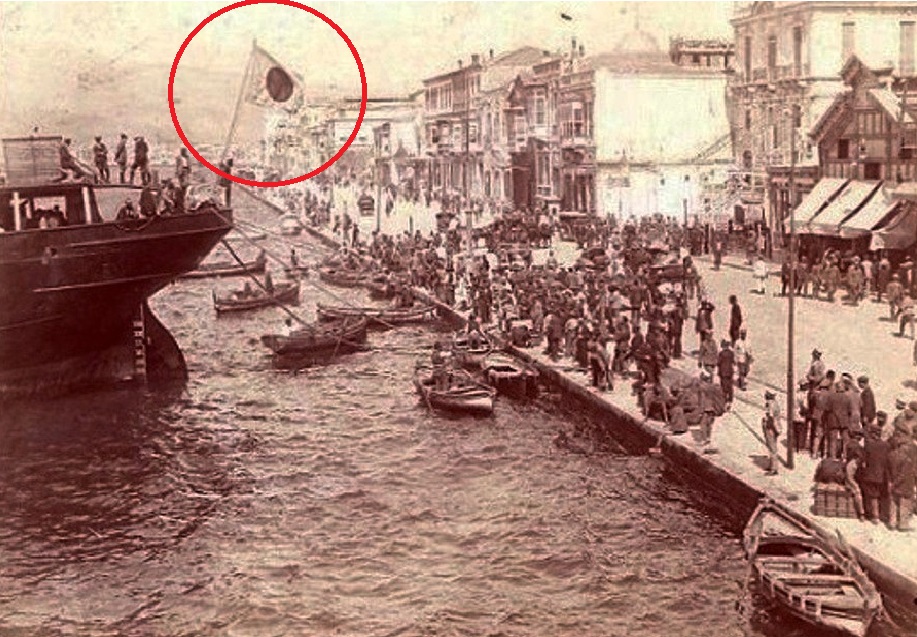 A Japanese flagged ship (most likely the Tokei-Maru) at Smyrna in September 1922.

The following news piece was translated from an article in the Greek newspaper EMBROS. The article was published on page 1 under the main title 'The Slaughterhouse of Smyrna.'

THE BRAVE STANCE OF THE JAPANESE
JAPANESE PHILANTHROPY

It's  worth  emphasizing the  philanthropic
and   brave  stance  of   the  captain   of   the
Japanese  ship  Tokei-Maru  after  it  managed
to save 825 refugees of  Greek   ethnic   origin
who were being subjected to Turkish  threats.
The  Japanese  captain,  who  was  moved
by the wild massacres and the appeals  of the
refugees, sent all the ship's  lifeboats  to  take
as  many   refugees  as  was  possible.   After
surrounding the lifeboats,  an  officer  of   the
Kemalist Army then  threatened to sink them.
The Japanese captain, who was personally
troubled by this, then declared to the Kemalist
officers, that if even one single hair  follicle  of
the refugees were touched, he would consider
it  an  insult  to  the   Japanese  flag  and  the
Japanese    Government   would    demand
immediate compensation.
As  a  result  of  this  threat, the Kemalists
consulted with their leaders and  were obliged
to let the refugees board the Japanese ship. 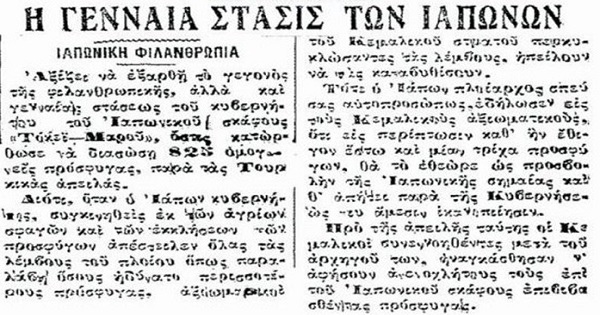