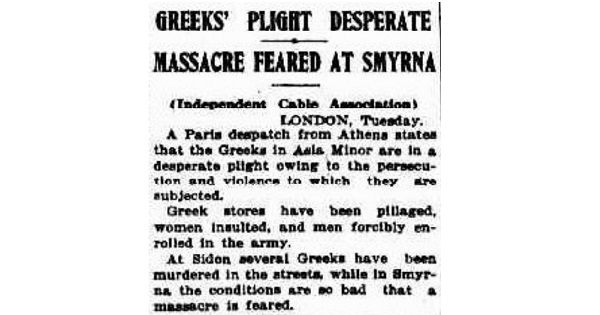 LONDON, Tuesday.
A Paris despatch from Athens states
that  the  Greeks in Asia Minor are in a
desperate plight owing to the persecu-
tion  and  violence  to  which  they  are
subjected.
Greek stores have been pillaged,
women  insulted,  and men forcibly en
-rolled in the army.
At Sidon several Greeks have been
murdered in the streets, while in Smyr-
na the  conditions  are  so had  that  a
massacre is feared.