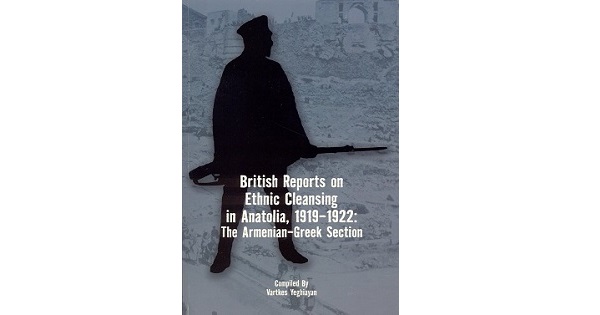 Following the capitulation of Germany and the Ottoman Empire (Turkey) in the First World War, an armistice was signed on October 30, 1918, at the port of Mudros. Ten days after the signing, the British along with the French and Italians took control of Constantinople. In February 1919 the British High Commission formed the Armenian-Greek Section (AGS) with headquarters at the British Embassy in Constantinople in order to implement the terms of the Armistice, particularly with regards to Greek and Armenian issues.

Between February 1919 and November 1922, the AGS met 87 times and detailed minutes were recorded and sent to Lord Curzon, the British Foreign Secretary in London. The major representative for the Greek Patriarchate was Dr Theotokas, while the Armenian Patriarchate was represented by Dr Tavitian and Mr Tchakirian. Representatives of the British High Commission included Brigadier-General Deedes, Commander Heathcote-Smith, and Lieutenant Colonel Graves. The AGS brought to light specific atrocities committed by the Kemalists, statistics, islamization of women and children, orphanages, persons interned (Greek, Armenian, Arab, [As]Syrian, Mesopotamian), land and property (repatriation and restitution), Greeks Armenians and others in Turkish prisons, numbers and location of refugees as well as public security and relief.

A major obstacle for the AGS was getting Turkish authorities to comply. Under the terms of the Armistice, the Allies were not allowed to interfere with the internal affairs of Turkey, therefore relied on local Turkish authorities to pass on decisions. While the Sultan complied with the Allies in Constantinople, throughout the rest of the country the Nationalists under Mustafa Kemal were evading Armistice terms and committing widespread atrocities on the remaining minorities.

By November 1922, the British realised they could not neutralize Mustafa Kemal, so they shut down the AGS and abandoned Constantinople leaving the remaining Christians at the mercy of the Nationalists.

The book titled British Reports on Ethnic Cleansing in Anatolia, 1919-1922: The Armenian-Greek Section compiled by attorney Vartkes Yeghiayan, contains all the minutes to the AGS meetings, and is a reliable source of information on events in Ottoman Turkey during the Greek and Armenian Genocide.