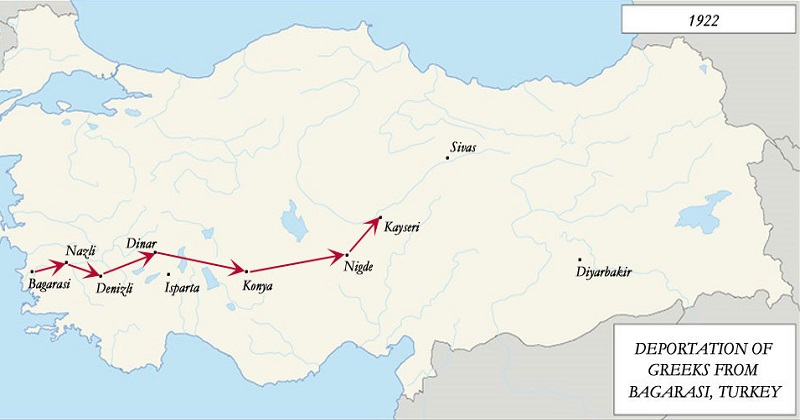 The first deportation of Greeks from Bağarası began a few days after Easter of 1922 when the male residents were deported. The destination was places like Isparta, Kayseri and Sivas. About five months later, the remaining residents including women, children and the elderly were deported. Their destination was Konya located about 600 km inland. Marianthi Karamousa described the deportation as follows: