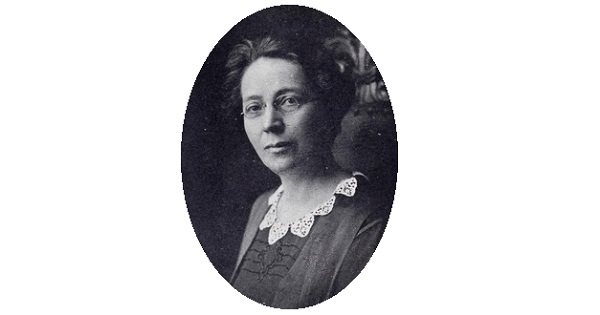 Minnie Belle Mills (1872-1965) was an American missionary who was present at Smyrna in September 1922 when the cosmopolitan city was torched and ultimately destroyed by Kemalist forces. Mills was dean of the American Collegiate Institute for girls (otherwise known as the American Girls' School) which was located in the Basmahane district of Smyrna close to where the fire first broke out. The school was founded in 1875 by the American Board of Commissioners for Foreign Missions, a US based Christian missionary organization.,

Mills was born in Magnolia, Iowa and educated at the Olivet College in Michigan. She arrived at Smyrna in 1897 as a teacher for the American Girls' School and remained there for 25 years teaching science and maths and in administration.1 When Kemalist forces entered the city on the 9th of September 1922, the American Girls' School became a refuge for staff and students and also to 1,200 terror-stricken Smyrnaeans, all women and girls. On the day the fire started, Mills witnessed Turkish soldiers pouring petroleum into houses near the college. Although she was offered safe passage out of the college by American naval personnel, Mills refused to leave without the children. As fire approached the school, Mills and her staff and children were evacuated.2 She described the events as follows:

Soon after lunch fire broke out very near the school, and spread rapidly. I saw with my own eyes a Turkish officer enter a house with small tins of petroleum or benzine, and in a few minutes the house was in flames. Our teachers and girls saw Turks in regular soldiers' uniforms, and in several cases in officers' uniforms, using long sticks with rags at the end which were dipped in a can of liquid, and carried into houses which were soon burning. There was no one in the streets at that time, but bands of Turkish soldiers. While the fire started just across the street from our school, throughout the quarter (the Armenian quarter) every third or fifth house was set on fire... The wind, though not very strong, was away from the Turkish quarter and blowing toward the Christian quarters, and it looks as if they waited for a favorable wind.3

Besides the pupils, about 1,300 refugees had been taken into the quarters, which is near the place where the fire started. The fate of many of the girls is unknown and it is announced they have been carried off by the Turks[...] Prior to the fire there were massacres, which continued through the night in the midst of flames. It is impossible to estimate the number of killed. Dr. Post, an American, who with members of the American relief administration made an investigation, expressed the opinion the number of victims up to the time of the fire amounted to 1,000. A large number of Christians are believed to have perished.4

Not long after the fire was extinguished, sections of the media questioned the origins of the fire. Determined to get the truth out to the American public, she made the following statement in the New York Tribune on September 27, 1922 when Christians in Smyrna were still being mistreated:

I believe that the true conditions at Smyrna have been misrepresented in the American press. The brutal massacre by Turkish soldiers and officers, carried out under the eyes of Allied battleships, was one of the most degrading situations of modern history. Thousands were killed and looting and rape occurred on a wide scale. There is indisputable evidence that the Turks set the fires which destroyed all the Christian quarter. Only a small proportion of the population escaped. The remainder, deprived of bread and water, at the mercy of the army, were massacred. Only American relief and strong action by some civilized government can stop the terrible slaughter. Refugees on Greek island are exposed to starvation and disease.5

Mills arrived in Athens on September 16, 1922 and the following year she co-founded the Junior College for Girls in the Palio Faliro district of the Greek capital. The school was later renamed Pierce, The American College of Greece. The first students were 89 refugee girls from Smyrna made up of Armenians, Greeks and one American girl. Mills served as the college president from 1928-1940 during which the school became one of the leading teaching institutions in the country. In 1950, she was recognized by the Greek Ministry of Education of Religious Affairs for her contribution to the education of women in Greece. She died at Bellevue, Washington in 1965.