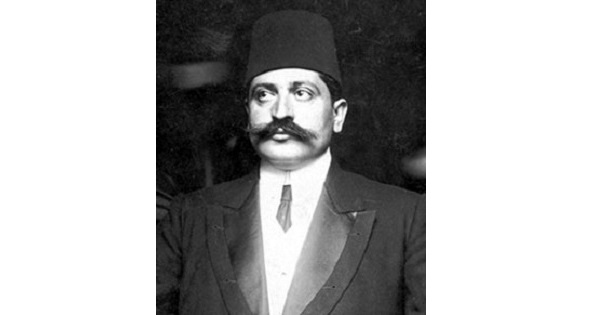 Mehmet Talaat Bey or Mehmet Talaat Pasha was the principal architect of the Greek Genocide. He held the position of Minister of the Interior and in mid-February 1917 became Grand Vizier (head of government). He assumed primary responsibility for planning and implementing the Genocide. Henry Morgenthau, United States Ambassador to the Ottoman Empire between 1913 and 1916, wrote in his memoirs:

This procedure against the Greeks not improperly aroused my indignation. I did not have the slightest suspicion at that time that the Germans had instigated these deportations, but I looked upon them merely as an outburst of Turkish ferocity and chauvinism. By this time I knew Talaat well; I saw him nearly every day, and he used to discuss practically every phase of international relations with me. I objected vigorously to his treatment of the Greeks; I told him that it would make the worst possible impression abroad and that it affected American interests.

Months before the Ottoman Empire entered the First World War, Talaat issued summary orders by telegram to provincial governors for the deportation of Ottoman Greeks. For example, in May 1914, Talaat authorized the deportation of Greeks from the Smyrna province on the pretext that Ottoman Greeks were a threat to the national security of the Empire. In June of 1915, he informed the German Embassy at Pera [Constantinople] of the government’s intention:

...the Porte is intent on taking advantage of the World War in order to make a clean sweep of internal enemies – the indigenous Christians – without being hindered in doing so by diplomatic intervention from other countries.

According to an Austro-Hungarian agent, on 31 January 1917 Talaat Bey declared:

In February 1917 Talaat became Grand Vizier earning him the title Pasha. He resigned from his post in October 1918 and fled Turkey just before the Armistice along with Enver and Djemal (the triumvirate).  Talaat was sentenced to death in absentia by Turkish Court Martial for his role in the genocide. He fled to Germany but was identified and assassinated in Berlin in 1921 by Soghomon Tehlirian. A German court acquitted Tehlirian on the grounds of temporary insanity brought on by the crimes which Talaat had committed against Tehlirian’s family and the Armenians in general.