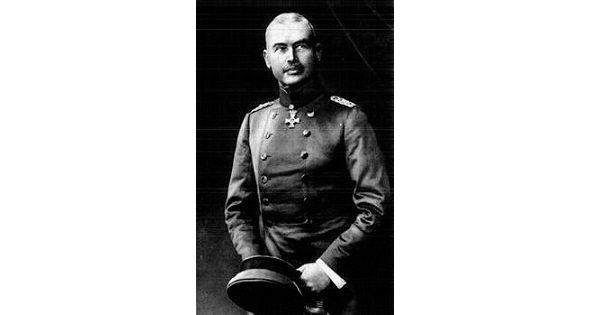 The deportation of the Greek population of Ayvalik to the Turkish Interior was carried out on von Sanders' orders and many died as a result.  The Ayvalik deportations took place in 1917, the destinations being Yenişehir and Bilecik located 350km and 400km to the interior. A 1919 news report recorded the arrest of von Sanders for Greek and Armenian massacres. It wrote:

Sanders is first of the German commanders to be seized for trial for violation of the rules of warfare. And he’s going to be tried in Constantinople, too. Sanders was in command of the Turkish forces which were operating under direction of Berlin. He is known to have sanctioned Turkish Atrocities, including massacres of Greeks and Armenians.